Fonts are very subjective topic for most people, and it's hard to separate out functionality from asthetics.

This of course becomes more important when considering body copy, where the font has a big job in supporting the readability of the content, while also trying to convey the tone of the site.

Looking at the choices of others

Once upon a time (i.e. before web fonts) we used to have a very limited choice, so choosing a suitable font was much easier than it is today with the huge and ever-expanding range of free and paid-for web fonts.

One way to get past paralysis in the face of overwhelming choice in terms of fonts is to consider what everyone else uses. Because I don't have the time to cast a net across the entire web, I've decided to have a look at the font choices of the top 15 news sites and the top 15 blog sites. There's some overlap between the two categories, so I've also added a small handful of up-and-coming news sites such as Vox and Vice. 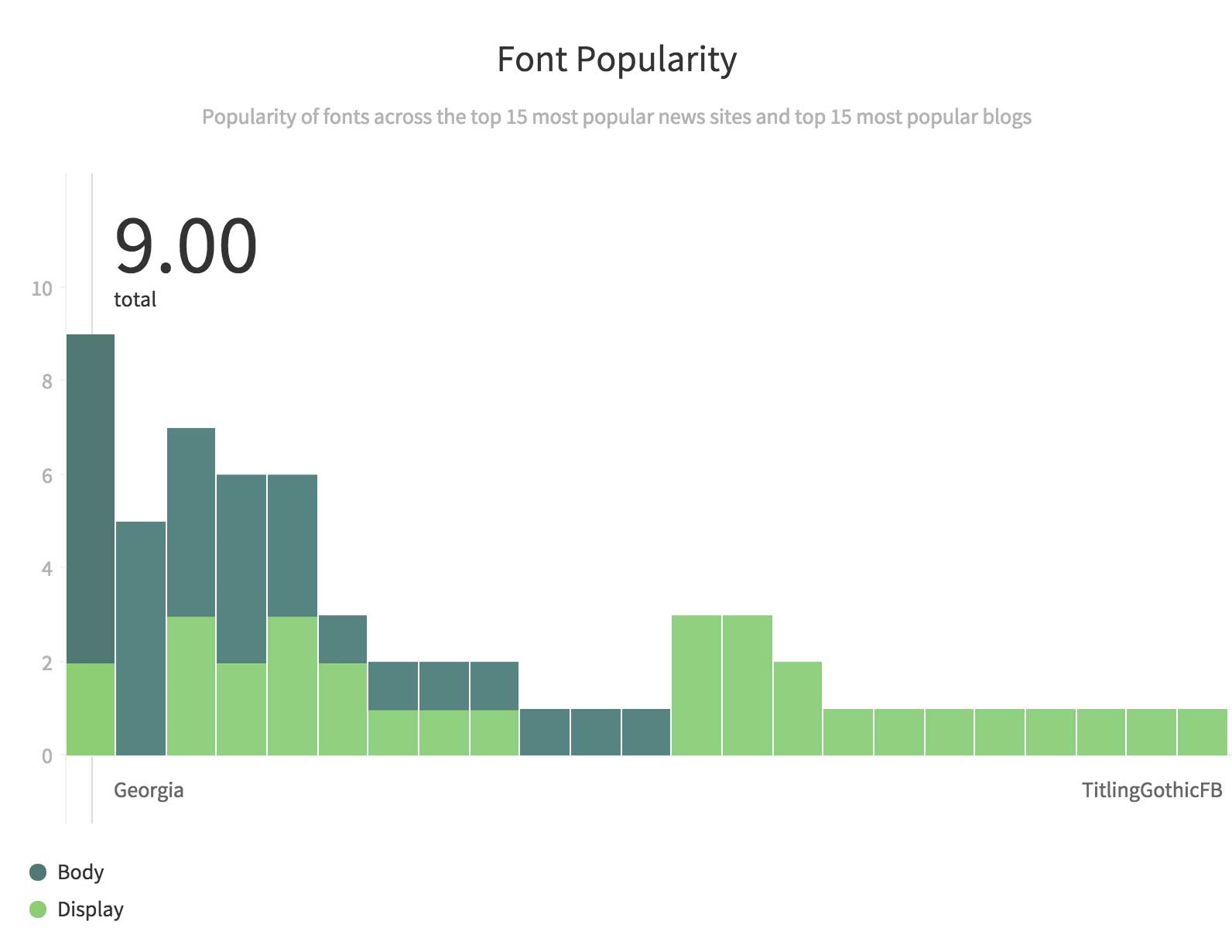 The chart pictured above can be found here, and the original data here.

MyFonts also have a nice post on the most popular fonts of 2014.