Recently, when talking about the need for useful personal feedback within our practices, I decided that we needed a clearer way to establish what a practice goal or success looked like. Being able to describe this well, would allow us to identify, and have a conversation about the skills that individual needed to work on, and set common expectations for our practice and individuals.

Not setting common expectations or goals, could lead to disparate levels of capability and satisfaction within our team. I decided to experiment by creating a skills matrix.

My first attempt at this experiment, was for my own practice background - user experience (UX). With no idea what format our skills matrix should take, I began by describing the ‘UX baseline’, or minimum practice understanding I would expect from our team. This led nicely to a map of the UX baseline with the accompanying and complementary skill sets we value at Stuff. 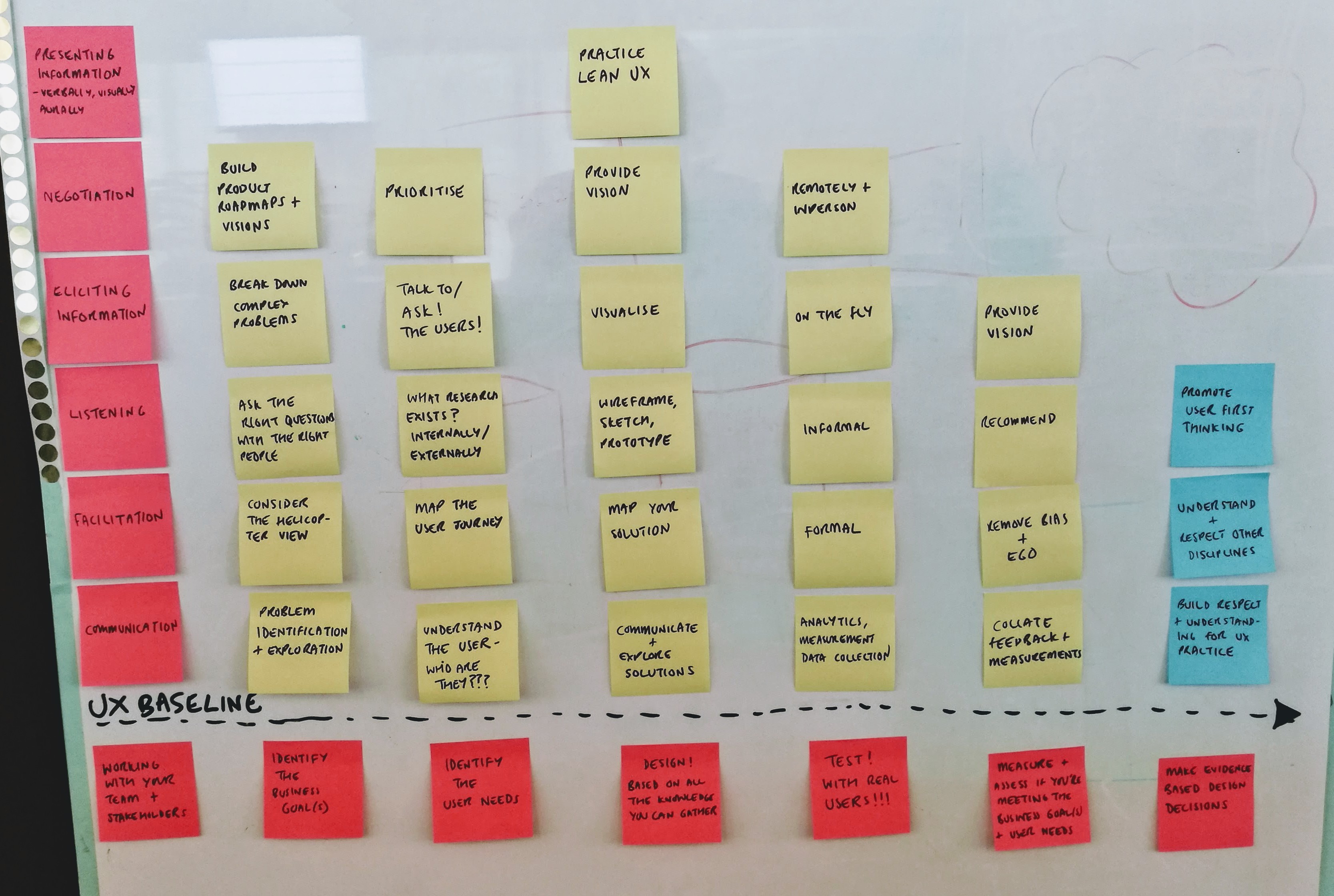 After getting some feedback from the team, I took my initial Post It prototype, which was a little muddy, and turned it into a clearer diagram. This diagram shows the baseline of our UX practice. Each baseline element requires you to develop a set of key skills: 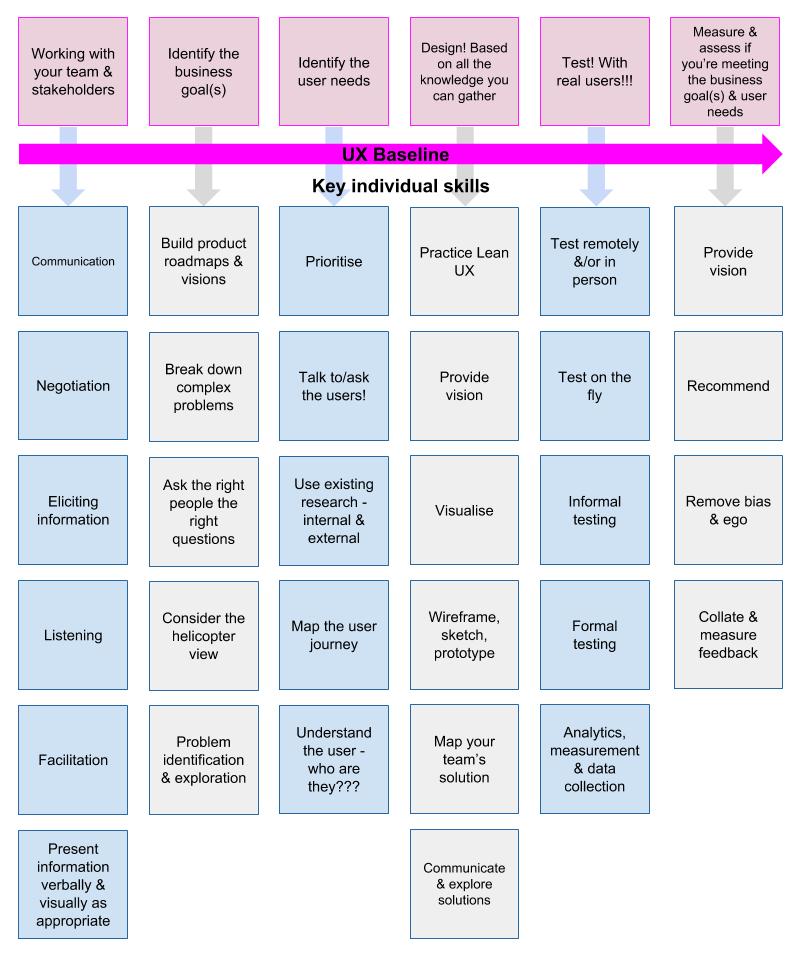 We also established outcomes for our UX practice as a whole (based on a team measures of success exercise from a few months ago - that's another blog post I need to write!):

A key thing omitted from this diagram is any kind levels of skills capability. This isn’t an exercise in grading individuals. Providing one specific number to describe a developing skill set this broad would be meaningless. There are many attributes of a good UX practitioner, and I want to develop well rounded people with an appreciation of the practice as a whole.

This document is intended to grow and develop with our practice, so we encourage people to add new skills and reconsider the original ones. 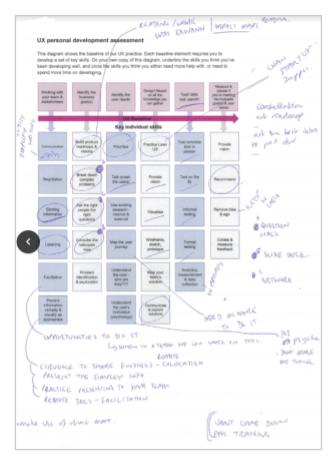 I used the skills matrix with all of my team, and developed a second one specific to our digital designers. The exercise provoked some insightful lines of questioning and quality conversation. Where team members found something hard, or lacked confidence, we could draw out why that might be and suggest ways to address those issues. In some cases it helped to clarify what we expect from our team at Stuff and explain some of the less familiar areas to newer team members.

The conversations also highlighted some language on the diagram that needed to be clearer and more descriptive - for example giving words like vision a more specific context.

To check the team felt the same way, I ran an anonymous survey with them, asking for feedback on my feedback. The results were positive:

Suggestions for further improvement on the process included more feedback from their product teams and product owners - to see if our assessment is the same as the teams. For this we could run some 360 degree reviews within our development teams.

One team member said that they would like some indication of skill level/grade for each skill, which to me says I might not have been clear enough in my feedback with that person. Which is definitely something I need to develop personally too.

Using this tool worked really well with one of my team who works remotely to me. It helped to explicitly show how we want to work as a team - which is hard for someone working alone in a different city to get a sense of.

After each conversation I provided team members with a personal set of action points and feedback. The next thing for us to figure out, is how to make these action points more visible so that we actually act on them!

We’re also going to try creating a skills matrix for our Full Stack Developers and see how well it works with other disciplines in our teams.